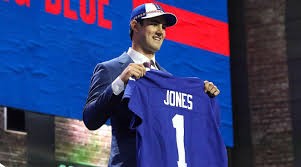 Ranked on many scout lists, and NFL experts as the 4th best quarterback in the 2019 NFL draft, Daniel Jones now has a home in New York, as the New York Giants reached past quarterbacks Drew Lock and Dwayne Haskins to grab the former Duke quarterback. Many Giants fans and experts around the league are starting to question General Manager Dave Gettleman’s tactics and leadership of this Giants organization. First, he gave up Eli Manning’s (and now, Daniel Jones’) only real receiving weapon: wide receiver Odell Beckham Jr., in a trade to the Browns that only gave them a mediocre defensive back, a mid-first round pick, and a 3rd round pick. Now, Gettleman reached very far down the list of quarterbacks, considering there were only 4 (including Jones), that were expected to go in the first two rounds of the draft. Many thought Drew Lock, at least, would be selected over Daniel Jones, as there were a few doubts surrounding Dwayne Haskins. Then again, maybe Gettleman knows what he’s doing. Jones received a lot of attention from the Giants throughout the whole draft process; they gave him a good look at the scouting combine. He played 3 whole seasons with Duke, so the experience isn’t a problem. Now, in order for him to succeed, he will need to absorb knowledge from the long career of current Giants quarterback Eli Manning. Also, Gettleman will have to grab a few lineman and receivers, as one of their biggest problems last year, or the source of many of their problems, was their shaky offensive line. Acquiring a solid offensive line should be the next step for this Giants organization. There’s no going back from this acquisition of Daniel Jones. Only time will tell: the Giants may have struck gold, they may have blown a solid early-round pick. Maybe they could’ve grabbed Jones with their #17 pick, a pick they thought might be too late, even though most teams before them weren’t searching for a quarterback. Again, time shall tell fans of the Giants, and fans nationwide, if taking Daniel Jones this early was genius or not. 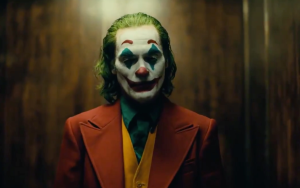 The first actual trailer of the Joker has been released, featuring Joaquin Phoenix as the clown prince of crime in the film. The premise of the story seems to be at least based on the comic storyline of “The Killing Joke,” featuring the story of the Joker slowly losing his mind from society due to which “one bad day.” The trailer first starts with the Joker (Joaquin Phoenix) ironically in therapy, that is before he becomes the fabled agent of chaos. Our peek into the film continues as the future clown prince of crime slowing walking up a set of stairs, looking even more depressed than I will be after watching Avengers: Endgame. The trailer continues, with the soon to be Joker getting beaten even though he was just simply trying to make a living, failing as a comedian, and some believe it is to be implied that his mother died as well, all just on one bad day. This all follows the storyline of the infamous origin story of one of the most famous comic book villain of all time. As he grows a hatred for Thomas Wayne and is seen putting a smile on young Bruce Wayne’s face, one thing is certain: while Phoenix’s Joker may not be an agent of chaos like Heath Ledger’s amazing performance, but this take of a Joker who went insane after just one bad day, would truly honor him. And blows Leto’s terrible acting out of the water. 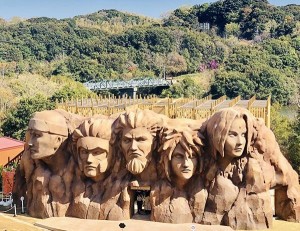 The biggest Naruto theme park has just recently opened in Awaji, Japan. The park features multiple attractions which will be familiar to long-time fans. When one enters the park, they are greeted with two scrolls from the anime series. The Ten No Maki and the Chi No Maki, otherwise known as the Heaven and the Earth scroll. Once inside, the scrolls lead the user through the park in a mission style where they must complete the assigned tasks. When completed, the user may collect a prize in exchange for the two scrolls. The park is full of Naruto cosplayers and guides to lead you on your journey. To visit the park an adult must pay ¥3300 or around $30, a teenager or high school student must pay ¥1800 or $16, and a child ticket is ¥500 or free for those under the age of 4 years.

The Rotary youth exchange is a program that allows students to travel to a different country to study abroad for a school year. The program is sponsored by Rotary international a non-profit organization. Students are connected to host families in their host countries by Rotary, the organization also provides a safety net for exchange students to prevent them from getting lost or endangered. The fun thing about studying abroad is that students are not only attending a different school in a new country, but they’re also endorsing with a new culture and possibly learning a new language. The journey has helped students develop lifelong leadership skills, has helped them become independent and global citizens. Youths from the U.S are not the only students studying abroad, Rotary is international, therefore the Rotary youth exchange program applies to students all over the world. When studying abroad, students will meet other students from different countries who are studying abroad as well, for example, they can be from Japan, Italy, Korea, Turkey, Thailand, and so much more. A day is also organized that allows the exchange students who are a part of the youth exchange to meet and share their stories and experiences. If you are interested in studying abroad or want to study abroad please come to the next Interact meeting in room 308. Interact is a club that is run by Rotary International. From there you can speak to the Rotary advisor, Paul Vargas, and he’ll be able to connect you to someone who is more involved with the Youth Exchange. 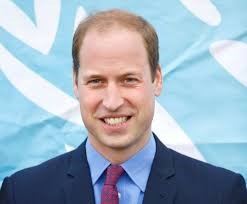 Prince William has visited a mosque in New Zealand where 42 people were killed in March, saying “the forces of love will always prevail over the forces of hate.”

In a speech at the Al Noor mosque in Christchurch Friday, the second day of his tour of the country, he said the attacks in which 50 people died were intended “to sow division and hatred in a place that stands for togetherness and selflessness.”

“An act of violence was designed to change New Zealand, but instead the grief of a nation revealed just how deep your wells of empathy, compassion, warmth and love truly run,” William said.

The Duke of Cambridge was accompanied by New Zealand’s Prime Minister, Jacinda Ardern.

Standing in the mosque in the room where the attack took place, he called it “an act of unspeakable hate.” 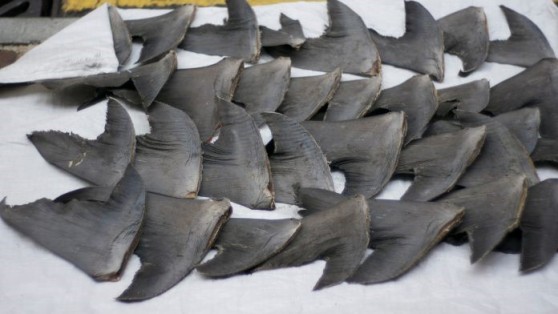 In Macau (an autonomous region situated on the south coast of China) the consumption of shark fins remains extensively prevalent, though local residents in neighboring mainland China – in the majority – have abandoned the practice for moral reasons (government legislation banned the serving of shark fins in restaurants). Yearly, hundreds of millions of sharks are captured and slaughtered, threatening the species to approach near extinction. Shark fins, in point of fact, do not provide any special nutritional benefits whatsoever – however – people (particularly the elite) willfully engage in eating the dish as an apparent testimony of their wealth and high status – hence why they sell prosperously in the Macanese market.  In addition to shark fins merely constituting a low nutritive value, the limited amount of remaining sharks pose detrimental harm to the marine ecosystem. In order to prevent further disturbance of the natural environment and to maintain its balance, Macau must initiate halting the practice, as China was able to.

On March 15, 2019, New Zealand experienced the most horrific, violent, and blood gushing mass shooting ever known to their history. The mass shooter ransacked a nearby Mosque, killing at least 50 Muslims who were praying and worshiping their deity. The crime was made out of hatred, racism, and from one’s own ignorant mindset. Prime minister Jacinda Ardern was quick on her feet to respond back to the shooting. In her stand as a political leader, Jacinda proved to her nation that she would not let this happen to them again, she even mourns the loss of the 50 New Zealand residents with the family members that were suffering from the pain and heartache. Now, less than a month after the shooting, New Zealand passed a law that bans most semiautomatic weapons.

If you don’t know the difference between the various types of guns, here’s a quick rundown: semi-automatic firearms require to be loaded by hand and when the trigger is pulled, the gun will only release one bullet, and to fire again the trigger will have to pull again. Therefore instead of releasing bullets at a rapid pace, it releases them every time the trigger is pulled. The next firearm is an automatic gun. Automatic guns are able to produce bullets at a more rapid pace. Unlike the semi-automatic gun, the trigger does not need to be pulled multiple times to fire, instead, if the trigger is pressed down, bullets will continuously fire. In the New Zealand Massacre, the suspect had two semi-automatic weapons on hand, which were also accompanied with two shotguns and one lever action firearm. Due to this, New Zealand has made great efforts to bring justice to the victims of the massacre, and they have proved to their nation that they will continue to fight for peace. Now, using New Zealand as a prime example, will other countries follow in their footstep and ban weapons that appear as a threat to society?

A quarterback in the Fall, a pitcher in the Spring, and athlete year round. ASB President, Parker Boswell, was honored with the $5,000 2019 California CIF Male Scholar-Athlete of the Year this week, becoming one out of 243 candidates for the award. The 243 candidates come from a number of the 1,606 CIF member schools in California, and out of over 830,000 student-athletes throughout the state of California (per www.cifstate.org). With this scholarship money, Boswell will continue to pursue a future at UCLA, where, he says “ my Plan A has been to graduate from UCLA with a major in Business Economics.” With his combination of athletic feats and scholastic feats throughout his high school tenure, Boswell has earned this very desired award. Many of the teachers and administrators at El D respect Boswell, as, according to learning director Larry Buenafe, “Parker is humble and respectful in his dealings with everyone, and that speaks to his high moral character and quality,” With his free time, he devoted himself to El Diamante’s ASB, being voted before the beginning of his senior year as the school’s ASB President. If he wasn’t helping out in ASB,  Boswell was helping out at Valley Children’s Hospital, the Miracle League, Paint it Forward for Heroes, among others. Parker’s devotion to his school, and his community, through academics, through sports, and through the student body, has led him to earn this astounding award.