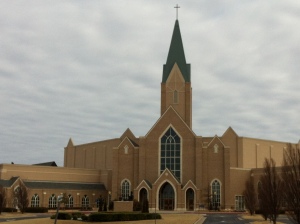 Roman Catholic is a religion that has 1.2 billion followers worldwide. It is one of the most influential and most practiced religions in the world. On February 11, 2013, the Pope shocked the world by announcing his resignation. With so many followers around the world, it  brings questions, as to why he decided to resign now and who is going to replace him? According to CNN, the Pope is set to resign at the end of this February. Who exactly is the Pope and what does he do? Why is he resigning and who is going to replace him?

The Pope is the leader of the Roman Catholic church. His name is Joseph Ratzinger, and resides in Rome, Italy and is given control of the whole religion. He is considered to be an influential world leader for the Roman Catholic religion and the religion is practiced by a little over 1 billion of the world’s population. The Roman Catholic Church elected Ratzinger also known as Pope Benedict to take lead in 2005. Information on the Vatican’s stated that Ratzinger was born in Germany on April 16, 1927. He grew up during World War II where he saw the injustice doings of the Nazi’s. This one movement led him onto the path of following the ways of the Church where he later became Pope in 2005 after the death of Pope John Paul II. And now, finally after just about just 8 years, he has decided to resign. Why so sudden?

It was revealed on CNN why the Pope has to step down, “my strengths, due to an advanced age, are no longer suited to an adequate exercise of the Petrine ministry.” CNN later asked one of the members of the Vatican, the Vatican’s spokesman the Rev. Federico Lombardi for further explanation, and he replied that there is no specific disease that the Pope has but “it’s all to do with deterioration and weakness in his body.” He is designated to resign on February 28, 2013 around 8 pm Rome time. With the resignation of the Pope, who is to replace him?

As the interview with Rev. Lombardi continues, he is asked how the Church is going to select a new Pope. There has not been a Pope resignation in more than 600 years, so the procedure will be new to those of the church members who are unfamiliar with how re-election works . Rev. Lombardi states that there will be a meeting set soon to decide the fate of the next Pope. He later goes on to say that the voting course involves the members of the Church starting with a meeting in the morning, then the election in the afternoon. During the selection process the members of the Church will have to write down names of individuals who they think is best fitted to be the new Pope. If there is no winner, the ballots will be burned with a chemical that produces black smoke from the Vatican’s roof to signify that there is no consensus. Subsequently, they will go back to re-voting. Once consensus has been reached, the ballots will be burned alone with no chemical to produce a white smoke that will signify the election of a new Pope.

The election of a new pope is a tedious and a difficult process, even the resignation of the Pope is a difficult one. Ratzinger has stated himself that in his current state, he is no longer able to continue leading the Roman Catholics. Ratzinger grew up during the Nazi’s reign in Europe to being the Pope of 1.2 billion followers. Whether his followers believe his announcement for resignation is justified, the Pope is resigning. So who will the new Pope be? The world is waiting to find out.