After a sold-out show of countless laughs, unexpected talents and moving performances, Marcus Valadez took home the precious pick as El Diamante’s Top Miner for 2011. Valadez stole the night with his heart-wrenching rap rendition of “I Need a Miner”, expressing thankful sentiments toward his life and school. His interview also had a challenging political spin, in which he smoothly described the biggest problem in the world as, “People living in ignorance of each other.” In the end, his charm and emotional honesty granted him the honorary title before a screaming crowd. 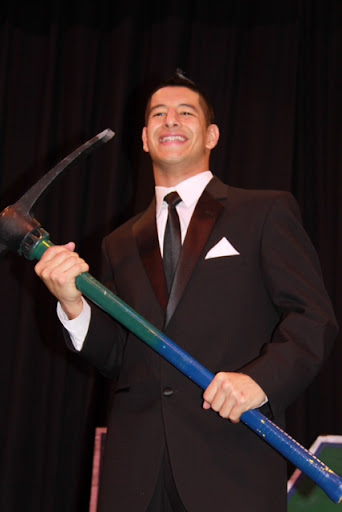 The other contestants brought brilliant comedy and ingenuity to the stage. Samuel Jung was named Mr. Romantic, only after wooing the judges with a dance segment full of wild and shocking hiphop moves.

Mr. Intelligent was crowned to Chris Park, who played the mature love song  “Daughters” by John Mayer. In a composed answer during the interview portion, Chris Park felt that, “a girl becomes a woman when she reaches the age where she accepts responsibility.”

Ryan Ginsberg proved to be the leader in laughs and was awarded Mr. Comedy. His comical medley of pop songs amped up the atmosphere, complete with many male backup dancers and his own escort Elaina Gregerson. His scream-o version of Justin Bieber’s “Baby” and self-drench from a water bottle had the audience roaring.

Brandon Hughes opened the talent portion also in outrageous humor, staying true to his namesake Popeye in a dance  mix with Mr. Hawkins (Brutus) and Mr. Roebuck (dressed as Olive Oyl). In his interview, Hughes declared his father to be his most inspirational figure, because as a firefighter he, “runs into burning buildings when others run out.”

Ryan Sanchez musically entertained the crowd with his ukulele performance featuring popular pop hits like “Airplanes” and “DJ Got Us Falling in Love”. During his interview, Ryan claimed his biggest accomplishment was “putting myself out there” by being more active in school activities, including Mr. Miner.

Last but certainly not least, Alex Wisneski rocked the show with his Napoleon Dynamite dance in his afro wig and “Vote for Pedro” T-shirt. He jokingly claimed the most influential dance move of all time is the “dougie.” The young men represented the Miner spirit with poise and passion, capturing in one memorable evening the essence of El Diamante’s student talent.

Here’s some snapshots of the night! 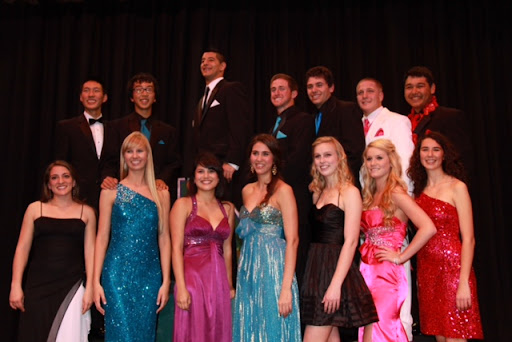 The seven contestants and their escorts. 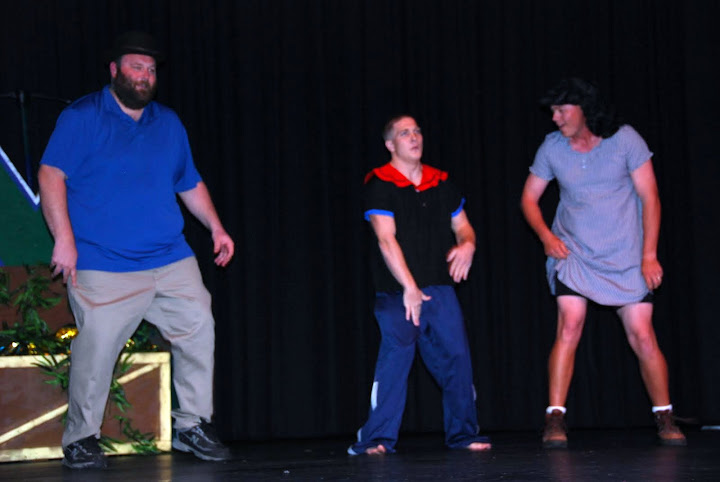 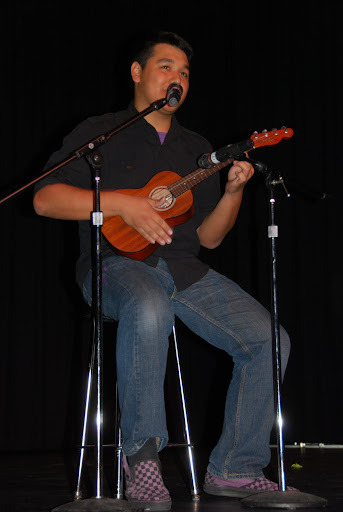 Ryan Sanchez performs a pop song mix on his ukulele. 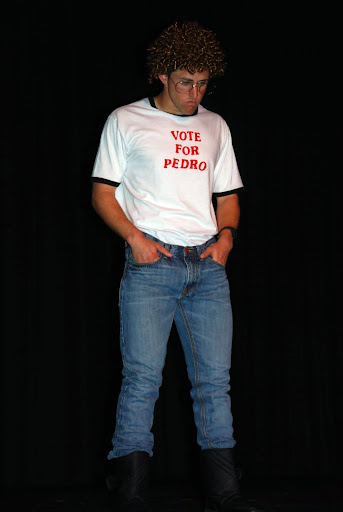 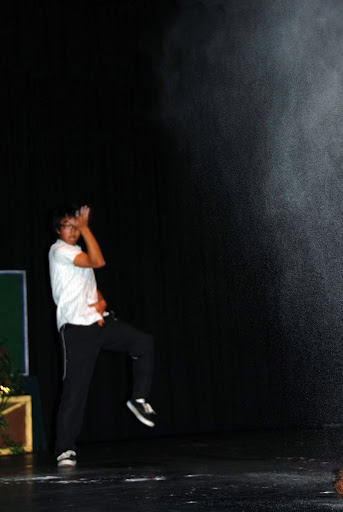 Sam busts a move as his "Lebron" powder hits the air. 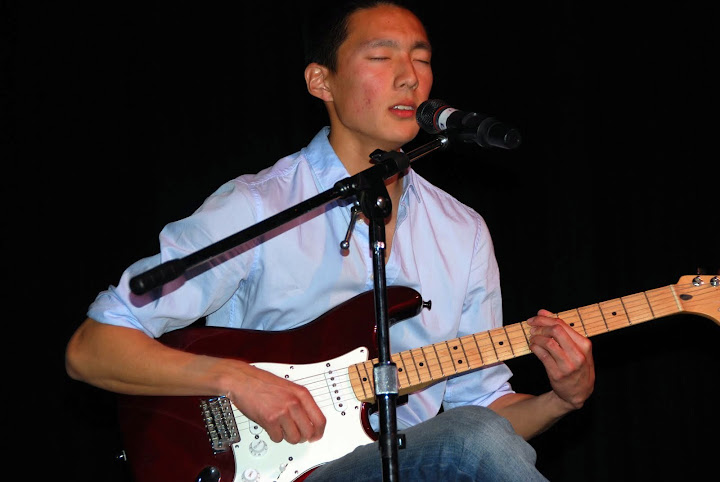 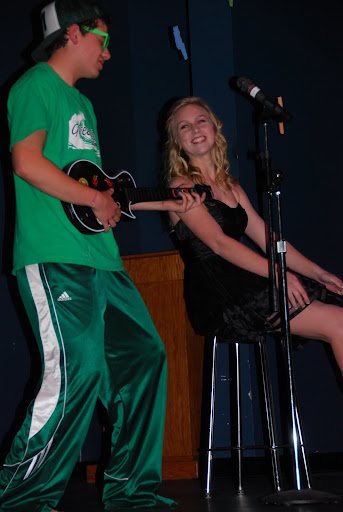 Ryan Ginsberg serenades his escort Elaina Gregerson during his talent. 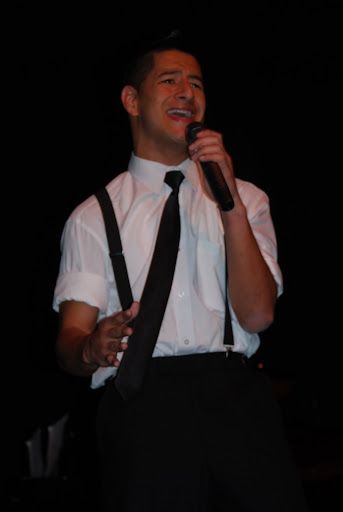 Marcus Valadez raps his "Miner" version of "I Need a Doctor."